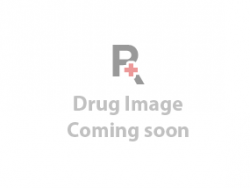 What is Compazine (prochlorperazine)?

What you should know before taking Compazine (prochlorperazine)

How should I use the drug?

Take the tablets with food. The initial daily dose for severe disorders - 12.5-25 mg, with a gradual increase in the dose to a maximum daily dose of 150-300 mg. Duration of treatment: 2-3 months or more.

Nausea and vomiting: 5-10 mg 3-4 times a day. Elderly patients typically require a lower starting dose (it may be gradually increased if necessary).

What side effects may Compazine (prochlorperazine) cause?

Compazine (prochlorperazine) is contraindicated in pregnancy and during lactation.

Elderly patients usually require a smaller initial dose, which may be gradually increased if necessary.

Use caution in children with chronic diseases involving respiratory failure and Reye syndrome (high risk of hepatotoxicity in children and adolescents).

Patients must be careful when driving and performing other potentially hazardous activities that require high concentration (during the whole period of treatment).

What medicines should be avoided with Compazine (prochlorperazine)?

The drug reduces the effect of anorectic drugs (except for fenfluramine).

Compazine reduces the effectiveness of apomorphine and enhances its inhibitory effect on the central nervous system. It may increase the concentration of prolactin.

Beta-blockers enhance the hypotensive effect of the drug. Compazine (in combination therapy with beta-blockers) may increase the risk of irreversible retinopathy, arrhythmias, and tardive dyskinesia.

Concomitant use of alpha and beta-agonists (epinephrine) and sympathomimetics (ephedrine) could lead to a paradoxical decrease in blood pressure.

Already have an account? Log in now
August 13, 2015
i was never supposed to be given Compazine, but I am now so happy that I have. it was given to me (for the first time) the time when I was in the hospital for that severe nausea that was associated with a migraine or something. I am suffering from generalized anxiety as well as from panic attacks (and occasionally migraines), but I was put in the hospital because of one panic attack I had. It was the worst in my life, I’ve never had a similar panic attack. For my anxiety and for panic attacks I was been prescribed valium (and in the hospital I was given valium too) and with a lot of caution. However, when I was there, one nurse said that I need to try Compazine, said that there are some patients finding it pretty helpful so that’s how I got them for the first time. Surprisingly for me, as well as for my doctor, the nausea and the anxiety have both disappeared very quickly after I’ve taken it. I was finally able to rest a little bit a not to sleep properly. I know that this medication is given for nausea but I am still recommending it for those who are suffering from anxiety. go to your doctor and ask him to give you one chance with it and if it would work the same way it does for me then you won’t change it anymore. take care that this medication would make you sleepy (but I still find it to be a positive effect for me). but I like it very much, it’s making me to feel comfortable, to feel me, like I’m back again in my own skin. I don’t know if this is true but I’ve heard that the sleepy effect would disappear with time. I am sure that it is worth to give it a try!